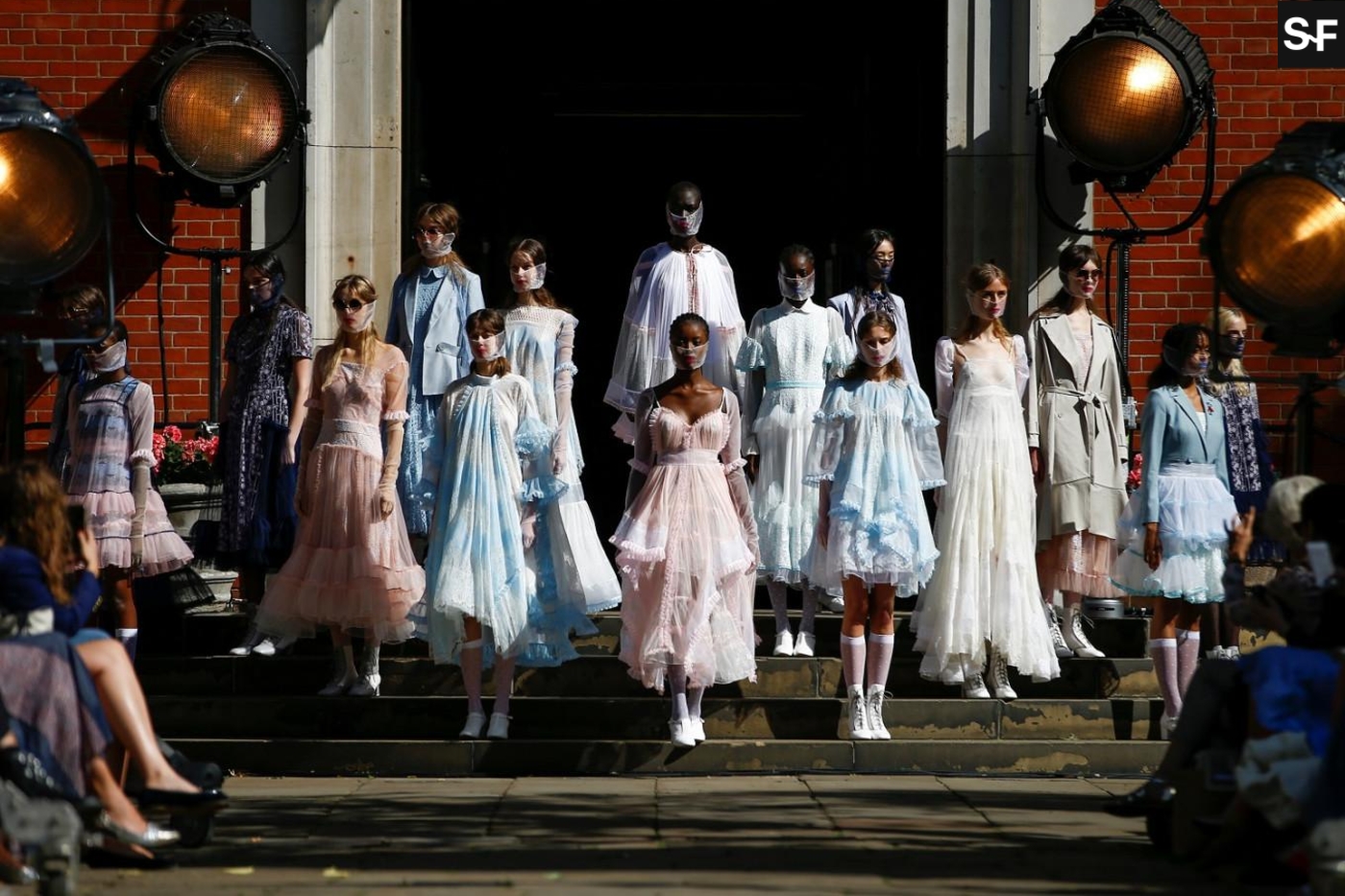 What Fashion Week Looks Like In The Middle Of A Pandemic?

The Fashion Weeks across the globe looked a little different this year. There was an eerie absence of the customary hustle and bustle outside the venue, street style of the fashion-savvy crowd, the palpable energy inside the auditorium, the flurry of photographers trying to get a shot of the glamourous celebrities and models, and the animated conversations of the coveted front row seaters. Post-COVID Fashion Weeks have adapted to the current scenario and the world witnessed the emergence of innovative digital formats. The runways of the Big Four have undergone a digital transformation of sorts. Virtual shows, live-streamed catwalk, socially distanced front row, the persistent presence of sanitisers, and elaborate, nature-inspired runways… Creativity reigned supreme this season.

The pandemic has been unsparing in its impact on the fashion industry. Clothing sales plummeted by 30% during the lockdown. Jobs have been lost or furloughed as physical stores remained closed for the better part of the year. The year 2020 has been a pivotal moment in this industry, forging conversations of paramount importance such as race, gender, culture, accessibility, and sustainability which were usually swept under the rug. At the beginning of the year, when the novel coronavirus first hit, Milan Fashion Week designers either had to cancel their shows or showcase to an empty venue while both Paris Fashion Week Menswear and Paris Haute Couture Fashion Week were cancelled as Europe went into lockdown to prevent the spread of COVID. Since then fashion houses have turned their attention to digital technology to have their collections showcased to the press and for retailers to buy them remotely.

In Paris Fashion Week, the shows were an unusual mix of socially distanced shows and completely digital shows that were live-streamed on various platforms. At the Dior show, which was held inside the Tuileries Gardens, attendees had their temperatures checked and wore protective face masks. Only 300 guests were invited, a third of the usual Dior invite and the show was broadcasted on Tiktok. Kenzo label revealed its bee-themed collection at an outdoor garden, creating a surreal, organic backdrop for nature influenced shows. The Balmain Spring/Summer 2021 fashion show, led by Olivier Rousteing, was a clever culmination of physically and virtually present guests. Anna Wintour, Cara Delevingne and Cindy Crawford were among many figures who lent their images via video to the proceedings. Elsewhere at the London Fashion Week, fashion was used as a source of inspiration, therapy, and entertainment. The backdrop of Osman Yousefzada’s show was footage from Black Lives Matter protests and the 1970s protests by female factory workers of Asian heritage. Burberry forecasted its show on Twitch. Riccardo Tisci, the Italian designer, collaborated with the German artist Anne Imhof for art and fashion installation which streamed on Twitch.

It’s not just the Big Fours that were affected by the pandemic. Smaller, local Fashion Weeks had to adapt themselves to deal with the pandemic and accommodate local governments’ strict safety measures as well. They have taken the opportunity of cancelled fashion weeks to get creative and showcase the local talent in innovative ways. Ukrainian Fashion Week dubbed the upcoming season as the ‘No Season season’  which was intended to serve as a platform for designers to present collections in a variety of formats, using both traditional and digital means. Designers showed both new season collections as well as collections that were not shown last season, all of which were available for sale. The Mercedes-Benz Fashion Week Tbilisi, known globally as one of the top emerging destinations for rising fashion talent, had put forward a plan for a new cultural fashion hub, where fashion week will take place, once it’s safe to do so. This new multidisciplinary hub for designers, artists, photographers, and professionals of various creative crafts encompasses nearly 100,000 square feet and stands as the former Coca-Cola factory in Tbilisi. While the opening of the new cultural space might be delayed, but it is by no means cancelled. The hope for the space is that it will help to shape the future of the city’s creative industries.

Besides the obvious innovative configuration used by the fashion houses, another notable change was the gender-neutral format of the September Fashion Weeks, which were routinely devoted to women’s fashion. The pandemic has been a reckoning for the global industry. Issues of wastefulness, grandiose over substance were replaced with a more mindful approach to fashion. Most designers used their platforms to create immersive experiences for the virtual and actual audience, as escapism from the horrible reality of the pandemic that the world is still recovering from. The new slow down approach of the Fashion Weeks have definitely been a refreshing bifurcation from the hectic schedules of the shows. Although the virtual shows lacked the spectacle of physical shows, it represents the new shift in the fashion industry. The survival of the old Fashion Weeks model remains to be seen. Runway shows will continue to be relevant, however, going forward we would most likely be witnessing a combination of virtual and physical shows. The pandemic hasn’t been able to stifle the creativity of the designers, if anything, it has enhanced it.